Most road vehicles are fitted with variable-ratio gearboxes as a means of obtaining the best power application under varying road conditions.

Fundamentally the gearbox consists of gear wheels of different sizes, which may be engaged as required. The sliding mesh box, although it is still used on heavy commercial vehicles, is seldom found on modern cars, but its basic construction and operation are important from the student’s point of view as it represents the basic layout from which most modern gearboxes have been developed.

The gearbox has been designed to represent a typical arrangement of a simple three forward ratio and reverse sliding mesh box.

The unit may be used for classroom demonstrations and by students in the laboratory. Pulleys fitted with protractors are attached to the input and output shafts so that the student may determine and verify velocity and torque ratios. The gearbox can be coupled to the Overdrive and Differential to represent a simple transmission system. 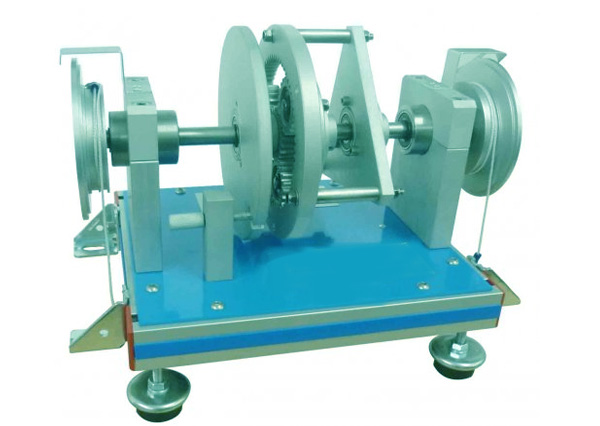