A combination square is a tool used for multiple purposes in woodworking, stonemasonry and metalworking. It is composed of a ruler and one or more interchangeable heads that may be affixed to it. The most common head is the standard or square head which is used to lay out or check right and 45° angles. 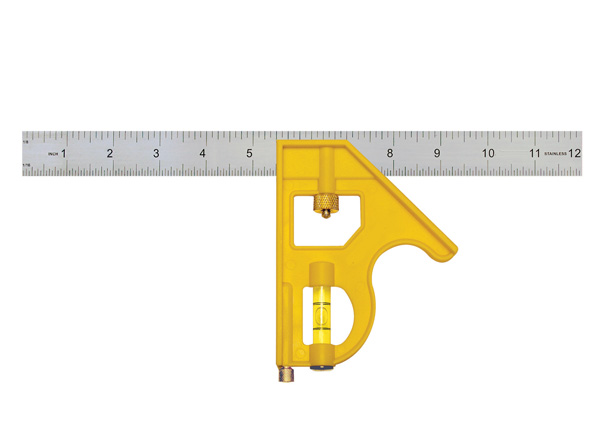